← more from
Bingo Records
Get fresh music recommendations delivered to your inbox every Friday. 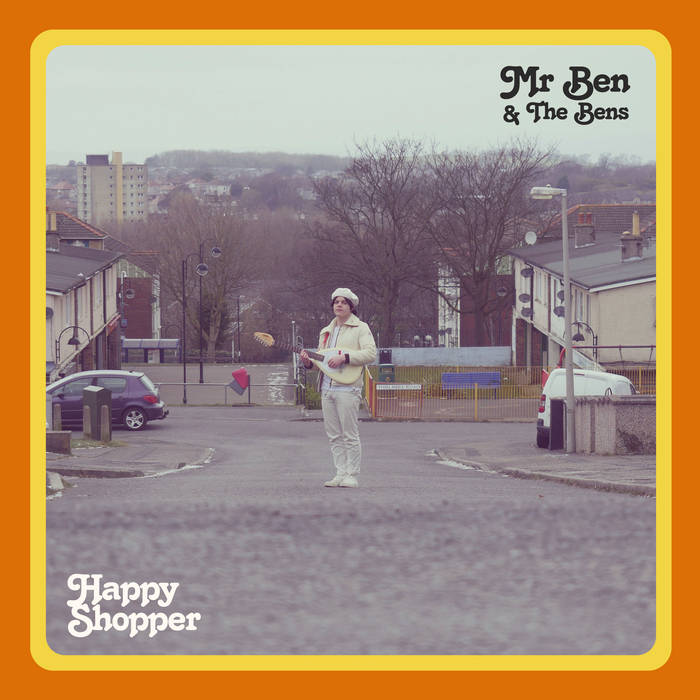 slinkybase Saw and heard this beautiful band last night and was captured instantly. Fabulous team with awesome melodies and lyrics

Graham Heath Just saw this excellent band live and was blown away :)

Following the amazing success of the Bingo Records Split EP, Lancaster polymath Ben Hall, AKA Mr Ben & the Bens is back with four new songs.

Since the release of 'The Bluest Blues' and 'My Museum' on the split record, Mr Ben has toured the UK with DIY legends The Lovely Eggs and the Wave Pictures, played in session twice for Marc Riley on BBC Radio 6 Music, watered his houseplants, bought a new hat, eaten at least 17 pieces of toast and had a bath.

After all that, it was time to record some new stuff. Here's The Happy Shopper EP, out on Bingo Records.

The record, due in summer this year, sees Ben continuing to write songs that reflect his own ability to see the noteworthy in the everyday. His ear for a melody shines through the songwriting, and the ethos behind the album is firmly rooted in the growing co-operative DIY scene fast becoming synonymous with his home town of Lancaster.

Ben said: "The Happy Shopper EP is a set of four songs I wrote over the Christmas period of 2017. I recorded it over four days at Church Road studio in Brighton with producer Theo Verney and drummer Nicholas Klar.

"The studio is packed with analogue gear so it was a full on assault to use as much of the stuff I don't have at home as I could.

"I went in wanting to use as little post-production as possible to try and get a soul-esque sound to the record, where the instrumentation creates the dymanic rather than the software.

"The EP is called 'Happy Shopper' after the home brand of food products available at my local cornershop. That place is often a haven I visit when creative block kicks in, and they have a particularly good selection of maize-based crisps!"

The Bens return with lead track ‘How we Used to Write’, offering fans more of the infectious call-and-response melody that made ‘The Bluest Blues’ so popular.

"The first track, 'How We Used to Write', is an ode to a lost pen," says Ben. "I often like writing about inanimate objects as if they were romances. It's interesting to me when a song appears to be about something, but then you change the subject and completely throw the context off kilter."

The rest of the album allows Ben to branch out, switching the guitar for piano for two of the record’s tracks, including Fall in Love Again' and live favourite ‘The Same Rain Falls on Every Soul’. The latter is about a migratory bird watching the human race from above and is also Ben's first track composed on an upright piano!

"At 25, I feel like I should get some sort of certificate," he said.

To end the set, Ben takes a trip to his folk-based acoustic roots, with the lo-fi self-effacement of ‘It’s the End’.

'How We Used to Write' debuted live during a BBC Radio 6 Music live session for Marc Riley on April 3.

The album comes out in July, and includes art by Ben himself and a zine by Bingo Records co-founder Lloyd.